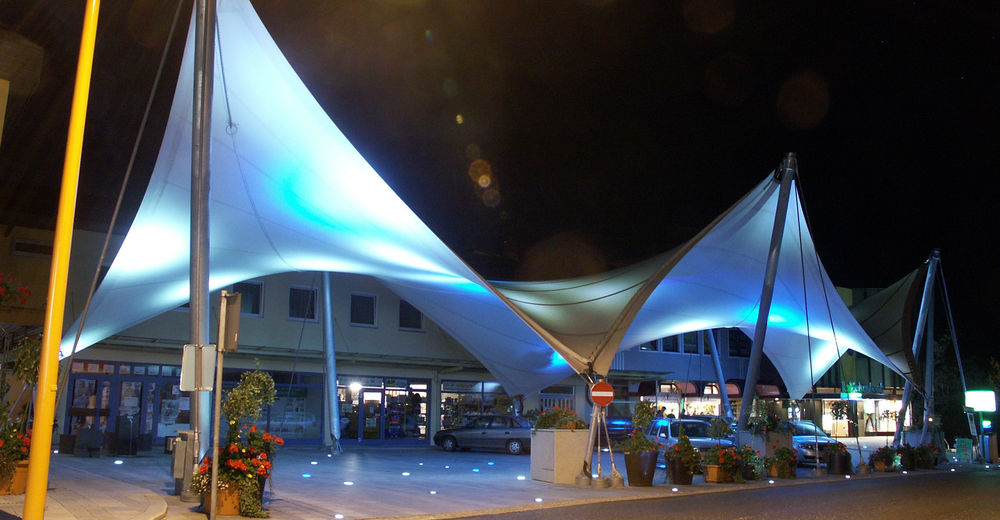 *Airpower
In Zeltweg you will find Hinterstoisser Airport, which made Zeltweg famous far beyond its borders with its "Airpower". On the flying days, countless onlookers, also from the immediate vicinity, always turn up to be able to photograph the participating aircraft and their pilots at close quarters. The Military Aviation Museum in Hangar 8 on the grounds of the air base also provides guests with a great deal of additional and more detailed information on the development of Austrian military aviation in the Second Republic.

*Sports City
The subject of sport has always been of particular importance in Zeltweg. In 1979 the municipality's sports centre was opened with an ice rink, an athletics facility and several football pitches. Later, the facility was extended by a privately built tennis hall. Since the most recent renovation and expansion between 2008 and 2010, Zeltweg has been in possession of an artificial turf pitch and a floodlit cross-country skiing track with snow-making facilities, and can also boast many other highlights. There are also exceptional sports facilities in the countryside. For example, the entry point for pleasure boat trips is located in the town; Zeltweg is also a stage stop on the Mur Cycle Path.

*Culinary delights
Zeltweg is also a place where people like to enjoy themselves, whether at the highest level in the Schlosstaverne Farrach and in the Hotel Steirerschlössl (2 toques each) or in one of the numerous cosy and inviting restaurants and inns in the town.

*History
In the 15th century, however, people had to struggle with famines, failed harvests and incurable diseases. From 1569 Archduke Charles II allowed mud rafting, which played a very important role in Zeltweg's history. In the following decades Zeltweg grew larger and immigration began. In the 18th century, the number of inhabitants fell again sharply due to the expansion of the transport routes.

In 1848, Count Hugo Henckel von Donnersmarck, who came from Silesia, decided to build an ironworks in the area. This industrial revolution also brought great prosperity to Zeltweg. In 1868 the railway station was built in Zeltweg. In 1874 the cadastral municipalities of Zeltweg and Farrach were separated from the municipality of Fohnsdorf and united to form the newly created municipality of Zeltweg.

During the Second World War, many forced labourers from France, Italy (IMIs), the Soviet Union, Poland and other nations worked in the "Hermann Göring Werke", as the VAE was called at the time.

In 1944 and 1945 Zeltweg was bombed several times by British and American bombers, which was probably due to the war-important industry and the railway junction. At the end of the war Zeltweg was occupied first by the Russians and then by the British.

After the Second World War Zeltweg experienced an upswing in education and industry. On 1 January 1966 Zeltweg was elevated to the status of a town. Today Zeltweg is a flourishing town with an excellent infrastructure. Zeltweg is known beyond its borders for the Zeltweg air base, which is also the base for the Eurofighters in Austria. Especially famous in Zeltweg are the international airshows "Airpower" - which take place here! 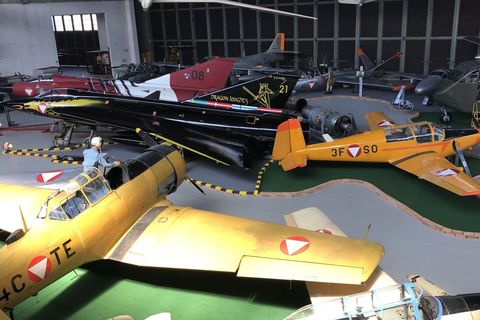 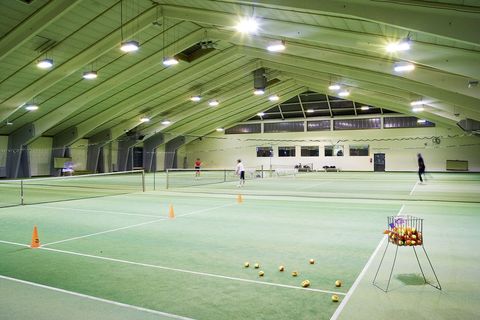