Spital am Pyhrn is situated between the Warscheneck-Massif and the Haller Mauern mountain range at the foot of the Pyhrn Pass bordering Styria. The southernmost village within the Pyhrn-Priel Holiday Region has a lot to offer, both in summer and winter and also features Europe’s fastest cable car.

Wurzeralm – WinterWorld & WalkingArena
The Wurzeralm Ski Area at Spital am Pyhrn features Europe’s fastest cable car and is a veritable paradise vor skiing and hiking enthusiasts. Surrounded by many mountain peaks, like the Stubwies, Rote Wand and Warscheneck - there are over 20 km of ski slopes of all levels to explore. During summer the CircularHikingPath „2 Millionen Years in 2 Hours“ starts at the mountain station of the cable car and is suitable for prams. The theme trail looks at geological and ecological features of the Wurzeralm and leads around the highest moor of the northern lime alps. A trip to the Brunnsteiner lake is also worthwhile.

The "Dom am Pyhrn", and the two-storey, late Gothic Rock Church of St. Leonhard, the hoof and Hackenschmiede Lindermayr as Schauschmiede, the Museum "Between Heaven and Earth - Gerlinde Kaltenbrunner and the world of 8000" offer an extensive cultural program. 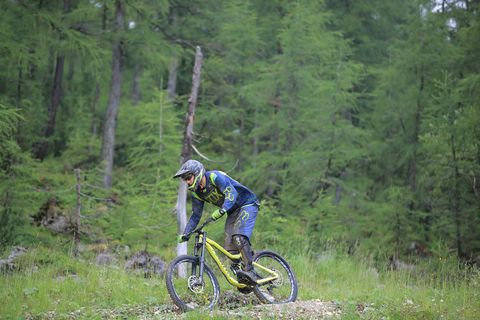